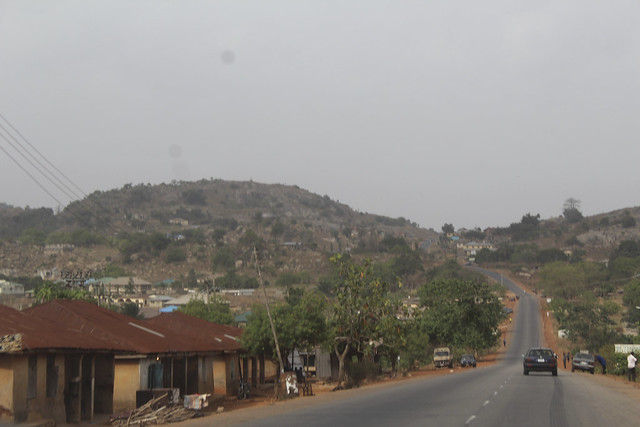 Okene is the birthplace of American Hockey League player and National Hockey League prospect Akim Aliu. People in Okene are predominantly ebira. Inhabitants of the areas northeast and southwest of the confluence of the Niger and Benue rivers in central Nigeria. Their language is usually classified as a Nupoid variety within the Benue-Congo branch of the Niger-Congo language family.
The two main habitats within the Igbira area are a dense, deciduous forest along the Niger and Benue rivers and a hilly savanna region away from the rivers. Most Igbira have traditionally engaged in agriculture; they grow mainly yams but also such crops as beans, millet, and corn (maize). The rivers are used for both fishing and transport. Women do most of the trading and sell both their own and their husbands’ produce.
Igbira households were traditionally based on extended families composed of close patrilineal relatives under the authority of the oldest male member. Inheritance and clan membership were reckoned patrilineally. Igbira could marry outside their clans, which were kinship groups represented by totemic animals such as the lion, the crocodile, the leopard, and the python. A key institution of social control was the iregba, a shrine where decisions on religious matters or social offenses were made.
Groups of Igbira villages (wards) drew their chiefs in alternation from branches of ruling families. Village councils could settle disputes, sometimes in collaboration with the chiefs or with councils of other villages involved in the cases. The specifics of chief selection or succession varied between areas within the Igbira region. The Igbira kingdoms of Panda and Koton Karifi were small independent states for about 100 years, until their conquest in the mid-19th century by the Fulani. British administration through traditional rulers began in the early 20th century.
The traditional beliefs of the Igbira centre on Hinegba, the supreme god, who is benevolent, resides in the sky, and controls the universe. Hinegba is approached through intermediary spirits, who are connected with such natural objects as trees. Igbira ancestors are also viewed as agents of Hinegba. Since the early 20th century many Igbira have been converted to Islam and Christianity.

Highway Robbery, A Documentary on the Dangers of traveling on Nigerian Highways.

Chronicles of A Biafra War Soldier

The Chronicles of Agbo Malu

White Vision Totally Different From Your White Tell I Vision

This is Pierre Nanaterme, Chairman and CEO of @Accenture an International Child Abductor @MissingKids @BarackObama pic.twitter.com/0E6ebIkT0M

This is Santos Gilarranz @Accenture in Atlanta a co-conspirator in the abduction of my daughter @MissingKids pic.twitter.com/AN7dMvzy3B

This is Shelly Amick Head of Human Resource @Accenture co conspirator in the abduction of my daughter @MissingKids pic.twitter.com/3t5h62rHRJ